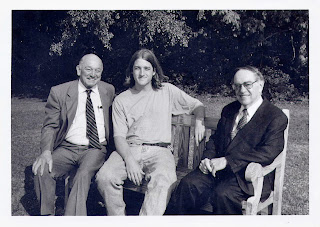 
Ten Colors Japan
Ten Colors Japan is a comprehensive online homepage for the promotion and study of Japanology (Japanese Studies) and Japan fans worldwide.  All the material is created and presented by founder, Tyler McPeek, and is intended for students and scholars interested in all "things Japanese."


Vocal Typology
This site is the online home of Tyler's doctoral research at the University of Florida.  The research focuses on the novel field of "vocal typology."  Vocal typology attempts to identify natural categories within the indexical property of "identity" in the human speech signal.  The identification of speech types will have utility for a number of academic, public, and commercial applications.  Read more about the dissertation and research project on the website.